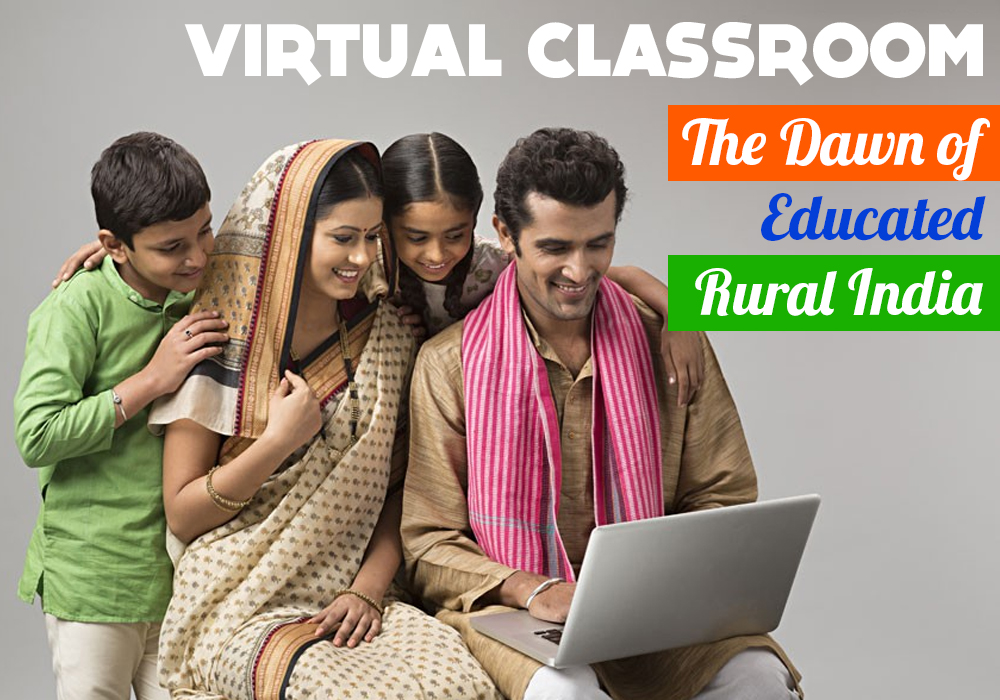 It is an open secret that education is probably the only tool that can bring about the much needed change in the current grotesque scenario, which encompasses poverty, crime and adversities. Yes, people in the urban cities have always considered quality education to be a key ingredient for the success of their next generation. But, this is only true for a very minor section of our population. A fact known by few is that more than 70% of Indian population still lives in rural areas, mostly oblivious to good quality education.

The Right to Education Act 2009 has made access to free and compulsory primary education a right under the Indian constitution for children in the age group of 6-14 years. However, the existing infrastructure of schools across the country, especially in remote and rural parts, is in appalling state which has been an extremely limiting factor for the Government in providing benefits to the masses under the aforesaid Act. As per UNESCO, India holds the unsolicited record of housing the most number of illiterates in the world!

And this shameful record won’t get off the lap of our nation till we address the following challenges:
1. Low access and use of technology in schools/colleges due to inadequate capital investment in setting up infrastructure through purchase of desktops, laptops and servers.
2. Lack of teaching staff in remote rural parts of the country also leads to low enrollment of students. Poor pay grades and corruption in recruitment of teachers has also kept quality teachers away from such schools.
3. 70-80% of NGOs that strive to provide education to the rural populace are digitally challenged and don’t use IT tools and latest inventions to educate people.
4. Lack of proper infrastructure is a major hindrance when it comes to educating rural India. Some schools even lack the basic infrastructure such as permanent structure, chairs/tables, blackboards and toilets.
5. Unavailability of a curriculum customized for rural masses. Non-simplified/complex study material is hard to absorb for people in rural areas, which results in high drop-out rate amongst students in the first few years of schooling.
6. Some children are forced to earn their livelihood in their adolescence, which bars them from attending school.
7. Most of the families in rural India can’t afford books and other tangible study material to support their children’s education.
8. The daily routine of a lot of rural people including children still includes walking miles to fetch water, food or wood. Most of the schools in such locations are also located very far which acts as a deterrent for students to attend school and pursue studies.
9. Lack of employment opportunities in rural areas also leads to lack of interest amongst the youth to pursue formal education in schools/colleges.
10. Lack of hygiene in preparation of food under the mid-day meal scheme and numerous cases of food poisoning reported from across the country has also made parents wary of sending their kids to schools in rural areas.

MyEdge having identified these shortcomings has created a unique first of its kind internet based tool which is available to any learner from across the world. This revolutionary tool is called ‘VIRTUAL CLASSROOM’. World renowned academicians and researchers have reckoned this tool to be the biggest innovation in the field of learning purely on the basis of the array of features it offers. With this tool, all you need is a basic desktop with minimal configuration and a stable internet connection. Students irrespective of their location can now learn in a classroom environment from any teacher/volunteer located in any part of the world.

Through Virtual Classrooms, children from lesser privileged sections of the society can access premium knowledge banks, databases, ebooks and reference material. The proposed National Broadband plan is expected to make quality internet accessible to semi-urban and rural parts of the country over the next few years. It is therefore expected that Virtual Classroom technology provided by MyEdge can become a backbone for the digital revolution of education in India.

We expect the NGOs to increasingly use Virtual Classrooms as a medium to educate rural students, promulgate adult illiteracy and recruit volunteers. MyEdge X’perts would also provide complete support in furthering the objective of the government and NGOs.
If you haven’t experienced a Virtual Classroom yet, do it now and be a part of revolution that’ll change the face of learning forever!