Is Indian Youth Prepared to Face the World? 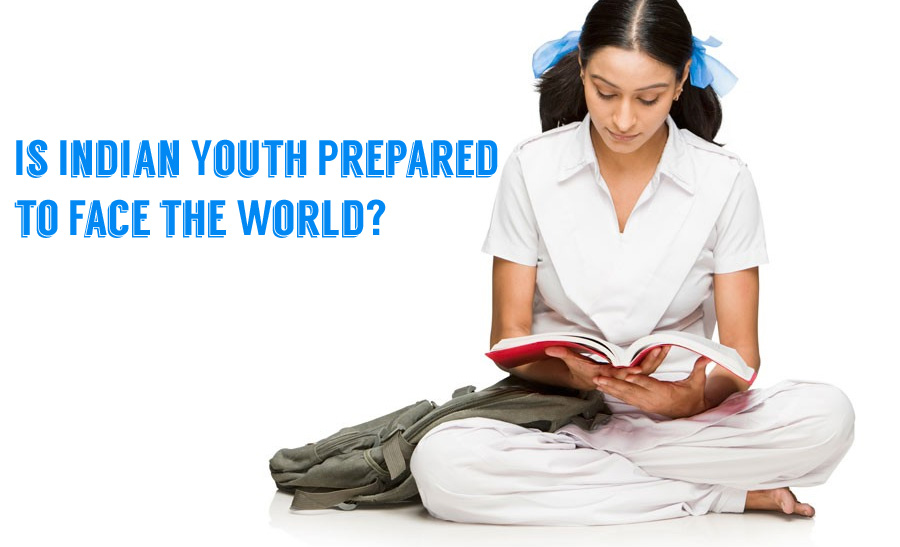 India is warming up and stretching its hamstring as it gets set to be the foremost global force. What amuses here is the fact that even the current global ringleaders, including USA, China and Russia have strong faith in India’s chances of emerging as a leading human capital force, having significant impact on the way the world functions at present.

We are destined to be the largest human capital provider in the world, it’s inevitable, says our government, but there’s a little catch. Even after having the largest pool of youngsters in the world, we are struggling or rather failing to produce manpower which is skilled enough to represent us on a global terrain.  Out of a whopping lot of 150 million young guns, around 82% qualify to be called ‘literates’ and sorry to disappoint you but the literacy standards here are not at all at par with International norms.

India produces the largest faction of MBAs and engineers each year anywhere in the world but various studies have depicted that only 10% of our MBA and 17% of our engineering graduates are employable. Indian education system has often been criticized for not doing ‘enough’ to change the situation on the ground. It would be heart wrenching for all of you to find out that none of our higher education institutions including the elite IITs and IIMs figure in the list of Top 200 institutions in the world. Unbelievable, but true!

Further, what we fail to realize is that we only keep up with the blame game when things go off beam. Our point here is that yes, there might be some flaws in the current education system but that shouldn’t stop a student from attaining an optimum quality education. A student’s job is not merely to attend school/college/tuitions and leave everything to God. Need of the hour is to stop blaming institutions and start preparing yourself to face the world and stand tall as a ‘qualified’ candidate on the global turf.

A high percentage of scholars from across the world agree that the prime reason why Indian youth lack’s the spark, required to succeed in the international market, is that they don’t indulge themselves in reading. Reading is a habit which is extremely vital for an individual’s intellectual and holistic growth. As per a recent survey conducted by the National Book Trust (NBT), about three fourths of the total literate youth in India do not read books, be it classics or best sellers, except for their textbooks. It is absolutely unfortunate for a person who is literate but won’t read on a regularly basis to enhance his/her knowledge.

Earlier, due to exorbitant prices of quality international books people were a little reluctant to purchase such books for general purpose reading. But, now innovative use of technology has led to an extremely cost effective solution. MyEdge in its endeavor of spreading knowledge and literacy across the world has launched ‘LIVErary’, a first of its kind online subscription based virtual library that lets you access more than 1,20,000+ eBooks on thousands of subjects. This service has been launched in partnership with Ebrary.com – world’s largest ebook aggregator at an unbelievably nominal price. Subscription of 7 days just costs INR 60.

Students who face time, money and other kind of constraints can now access world’s best eBooks 24×7 from anywhere be it school, college, university, railway station, airport etc! All you need is a desktop/laptop/tablet/phone with an internet connection and a MyEdge account for accessing LIVErary. The best part about the LIVErary is that you can find eBooks on a wide array of topics, ranging from academia (from school to doctorate studies), leadership, fiction, arts & crafts, journals, periodicals, test preparation and many more.

We end this article with a hope of witnessing a tomorrow where Indian youngsters proudly introduce themselves as ardent readers, which is now possible at a click of a button!

Is Indian Youth Prepared to Face the World?